This recipe sounded delicious to me when I came across it, and it turned out that it was. Also, I've reached the point with cooking where I can make a few modifications without worrying that I'm going to ruin the whole thing. The modifications I made this time turned out to be terrific. However, the WW points that I'm showing here are for the original recipe, and do not include my modifications (which I'm sure made the whole thing less healthy).

The verdict: YUM. The only annoying thing about this recipe was that I had a bunch of tiny tomatoes that all needed to be prepped. Everything else was super easy and quick, and it came out delicious. The chicken was a great way to up the lean protein in the dish, but it would be excellent vegetarian style, too. This was so good, we were totally fighting over the leftovers.

I made this for dinner last night, and it was delicious. I did make some minor changes though - I used fresh spinach, kalamata olives, added sundried tomatoes, and used grape tomatoes. It was so tasty! I will definitely be making this again. Thanks for sharing the recipe with us! 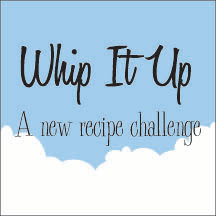